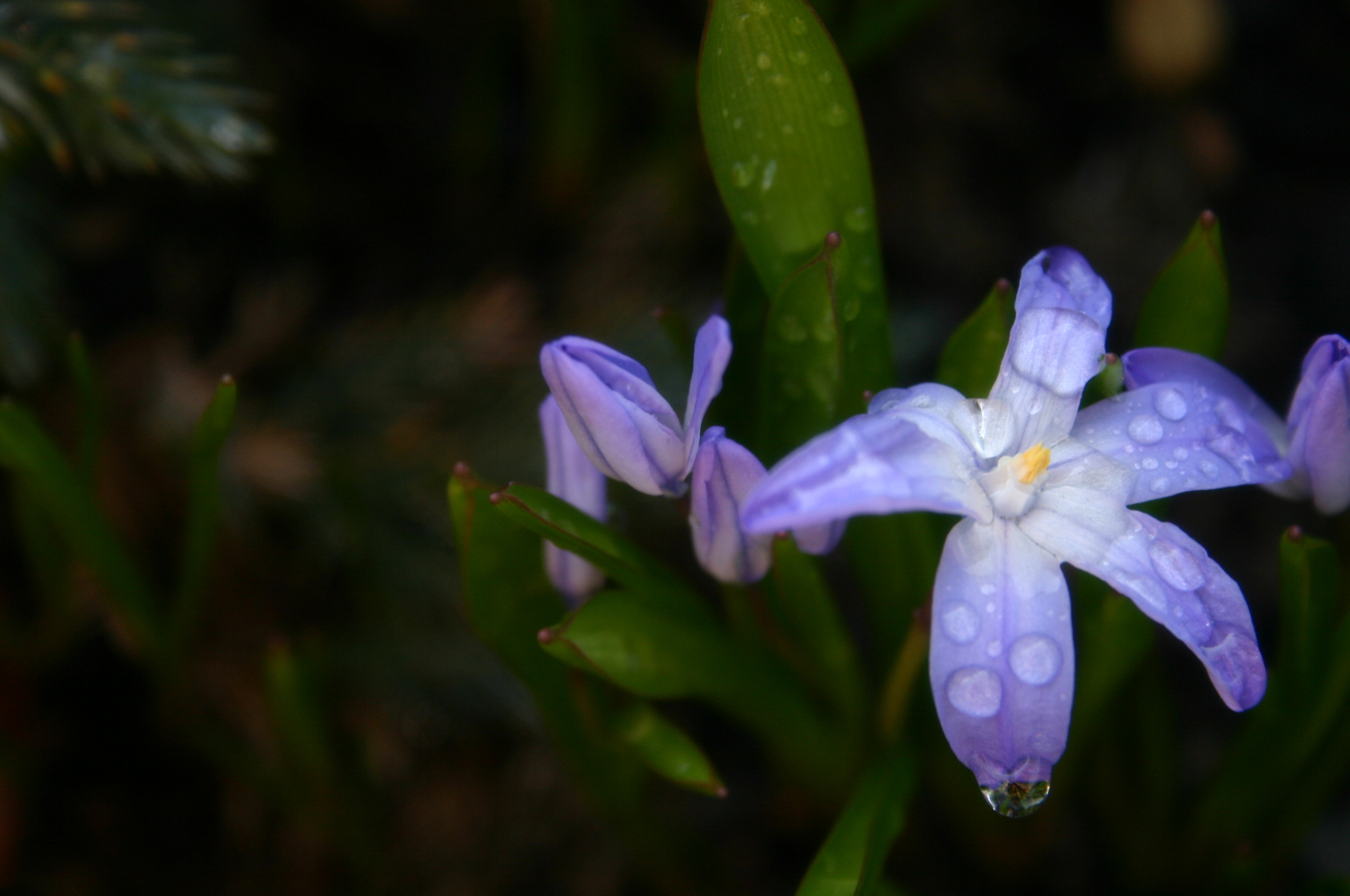 If you’ve been following my instagram feed, you will see that there are a lot of common fruits and veggies that can help boost brain health and function.

If you’ve been following my instagram feed, you will see that there are a lot of common fruits and veggies that can help boost brain health and function. I’ve compiled a list of herbs and spices that are also good for brain health, memory and may even help prevent against Alzheimer’s disease. Let’s take a look at what makes them so great for your brain!

1) Periwinkle – This flower, which comes in a lovely shade of violet or blue, contains a substance called vinpocetine derived from periwinkle seeds. With the rising number of people developing Alzheimer’s disease, the interest and research in vinpocetine has also increased. A study on stroke patients found that vinpocetine increases blood flow to the brain by inhibiting phosphodiesterase type 1 (PDE1) as well as reducing levels of intracellular calciumThe most abundant mineral in the human body.  99% is stored... (read more about the actions of calicum here). PDE1 and calciumThe most abundant mineral in the human body.  99% is stored... cause contraction of blood vessels. By inhibiting their actions, vinpocetine relaxes the vessels and increases blood flow. Vinpocetine also has antioxidant properties that may protect brain and nerve cells where blood flow may be decreased, by blocking sodium channels in our cells. A recent study on subjects taking a 5mg vincopetine supplement twice daily also showed improved memory and concentration in cognitively impaired patients.

2) Ginseng – This is one of the more recognizable herbs resembling a human body with a large head, body and multiple limbs. American ginseng root (aka Radix Panax Quinquefolium) has a coolingThe property of clearing toxins and reducing internal heat. thermal natureThe principle that all foods, when consumed, have an either ... with sweet and slightly bitterOne of the five tastes in Chinese medicine.  It is yin, coo... flavor. It contains a substance called RB1 saponin. Studies in Canada and Australia found that RB1 saponin could restore memory in rats by stimulating the release of acetylcholine (the brain neurotransmitter responsible for memory and mental clarity) from the hippocampus (our brain’s memory center) and increasing the uptake of choline. Choline then stimulates the production of more acetylcholine. (Many pharmaceutical drugs for Alzheimer’s disease work using the same mechanism). A randomized, double-blinded, placebo controlled study in Australia tested 32 healthy men and women and found that those who took supplements of ginseng (100 mg, 200 mg, or 400 mg) had improved memory and mental performance as well as faster decision making skills. Researchers in Japan also found that RB1 saponin can restore damaged nerve cells in mice chemically induced with Alzheimer’s, thereby protecting their memories.

3) Tumeric – This plant, native to South India and Indonesia, is better known as the brilliant yellow colored powder used in curries and yellow mustard, and has a hot thermal natureThe principle that all foods, when consumed, have an either .... The extract curcumin, taken from tumeric root, has long been studied for its effect on Alzheimer’s disease. An overview of studies done on curcumin has shown that it may help macrophages (large scavenger cells in our bodies) clear the amyloid plaques found in Alzheimer’s. Curcumin also has anti-inflammatoryReduces inflammation and anti-oxidantInhibits oxidation which slows or prevents cell deterioratio... properties that may dissipate the inflammation of nerve cells and inhibit the formation of free radicals that cause damage to neurons seen in Alzheimer’s. Finally, the lipophilic nature of curcumin allows it to cross the blood brain barrier and bind to the characteristic Alzheimer beta-amyloid plaques, inhibiting its metabolism in the brain. It’s no wonder that residents in India, who use large amounts of turmeric in their diets, have the lowest rates of Alzheimer’s disease, according to the World Health Organization.

4) Sage – This herb is a member of the mint family and has a coolingThe property of clearing toxins and reducing internal heat. thermal natureThe principle that all foods, when consumed, have an either .... This is great to use for those who tend to run more hot. In a British study, 44 healthy adults were given capsules of 50-150mg of sage oil as well as a dummy capsule. The study participants took a word recall test between 1 and 6 hours later. All those who took the sage oil, did better, averaging recalling 8% more words than those who took the dummy capsule. Sage was found in studies to inhibit acetylcholinesterase inhibitors (which break down acetylcholine), thereby increasing acetylcholine in the brain. Another study conducted the same year showed that compounds in Chinese sage could offer an alternative to pharmaceutical treatment of Alzheimer’s. I think sage is one of my favorite herbs and I should really cook more with it. It can be easily added to omelettes, tomato sauce, and roasted chicken, pork, or lamb. For therapeutic uses, steep 2 teaspoons dried sage in boiling water, and drink as a tea.

6) Rosemary – Rosemary is a warmingA substance that increases the body’s temperature by dispe... herb and has been associated with memory enhancement since ancient times. It was also referred to as the “herb of remembrance” and used symbolically in weddings, war commemorations, and funerals. An interesting study found that sniffing rosemary can increase memory by up to 75% in humans. Researchers had 66 adults enter one of two rooms, one room with no scent and another room infused with rosemary scent for 5 minutes beforehand. Participants in the rosemary scented room did better on prospective memory tasks than those who were in the room without a scent. How can that even happen from smelling something you ask? Researchers explain that the compound found in rosemary, 1,8-cineole, enters the bloodstream in mammals after inhalation or ingestion. Blood analysis of the participants’ blood found a significantly greater amount of 1,8-cineole in the plasma of those in the rosemary scented room.

7) Gingko Biloba – One of the oldest tree species on earth, gingko biloba has continued to survive even after major extinction events and possess unique qualities such as growing over 130ft and living for over 1000 years. The medicinal properties come from the extract of the leaves on the trees. Studies have shown gingko to improve cognitive function (i.e., thinking, memory, and social behavior) in dementia patients. A placebo controlled, double blind, randomized study concluded that gingko extract was safe to use and could stabilize and improve cognitive performance and social function in mildly to severely demented Alzheimer outpatients for 6 months to a year. Another double blind placebo controlled study found that healthy adults taking a combination supplement of gingko biloba and ginseng had enhanced memory function.

I hope you will be able to use some of these herbs and spices in your daily routine to improve brain health!

In health and wellness,
Dr Elain

Healing with Whole Foods by Paul Pitchford
The Ancient Wisdom of the Chinese TonicA substance that stimulates and increases body tone, chi, or... Herbs by Ron Teeguarden